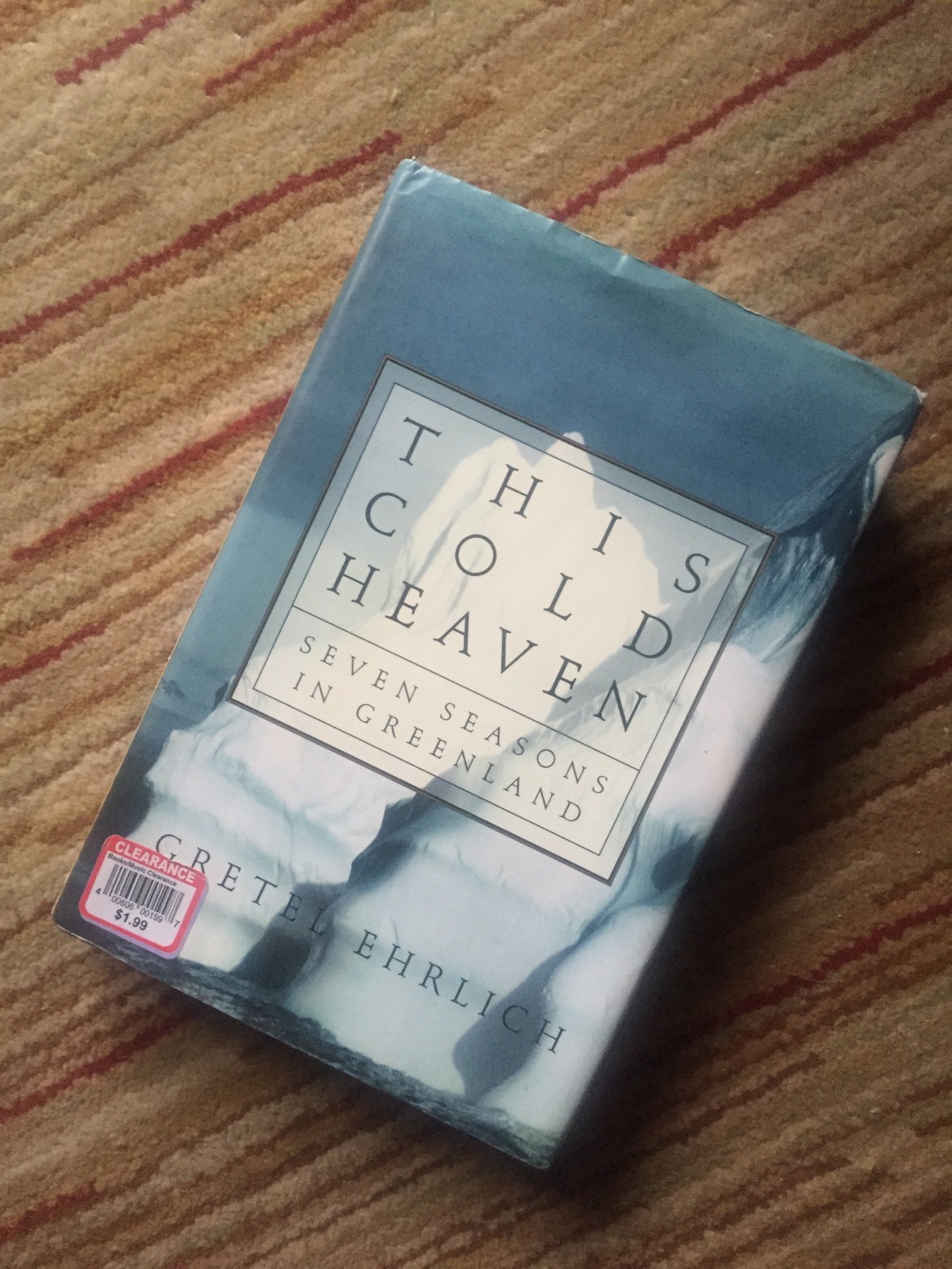 I couldn’t even finish the book. I kept finding myself bored and aggravated.
She isn’t a bad writer. Her writing style is very poetic and moody. The kind of writing I usually enjoy. She was talented, but her talent was wasted on the nothingness of the subject matter. There is literally nothing for her to write about from her own personal perspective. There was ice. Constant darkness. Then constant light. Then more ice. Cold. Water. A few people she interacted with here and there. A whole lot of nothing that was her own words anyway.
Most of the book is a summary of the journals of Rasmussen. The adventurer who took it upon himself to explore the vast arctic and the Eskimo people he met along the way. The struggles he had. The people who died. The people who lived. The people he held onto and the people he left behind to do his life’s work. That was what most of it was about. His adventures and findings. His work. His interesting and fascinating life. His dedication to the cause and its people. Not hers. Which is why I found it so annoying.

I felt she was riding on the coat tails of another individual’s work. This wasn’t an original work at all. It was a combination of a paraphrase of his journals and the work of a few other popular artists that fell in love with the desolate landscape. She didn’t have an attachment to the people there much. She didn’t venture far from the places she stayed. I often wondered if she really loved the place as much as she seemed to say she did.

After a while, I began to realize her cause was a selfish one. One where she ventured to a place to write a book. Nothing more. Not one where she ventured into the depths of a culture, but one where she was merely a passive observer. She asked no questions. Received no answers from those she was with. The storage was written as a “I, me, my” story, sprinkled with the stories of others…who desperately and passionately wanted to know and understand. Something I felt she lacked. She lacked the passionate desire to understand the people she was with, and I often pondered if that was because she had read Rasmussen’s work prior to arriving in Greenland. If she felt there was no more to ask. As if she forgot about the deep personal lives of the people she met.

Those she did ask about, she wrote of in a very cold and factual way. Her poetic verses and descriptions seemed t be limited to the landscape, and not the facinating people she found herself in the company of. She seemed to write as if the people who housed her and took care of her were no more than tools. Not people. That was difficult for me, being a very empathetic and emotional person. I found myself asking “Why don’t I just read his journals instead of putting myself through reading her work?”

In all, I think this is only the second book I have ever not enjoyed.